❤ Sponsored Post – Byron Burger invited me to their Aberdeen Restaurant. However, this does not mean you will read a biased review.

Where do I start with Byron Aberdeen?

As I’ve just said in my disclaimer, I was lucky enough to be invited down to Byron Aberdeen, Scotland to try their #CalvinHaggis burger, as part of their Burns Night specials (this is only available 22nd-28th January 2018). As well as this, I was encouraged to try a few other bits and pieces, and you will be glad to know I rose to the challenge. So here we are…. 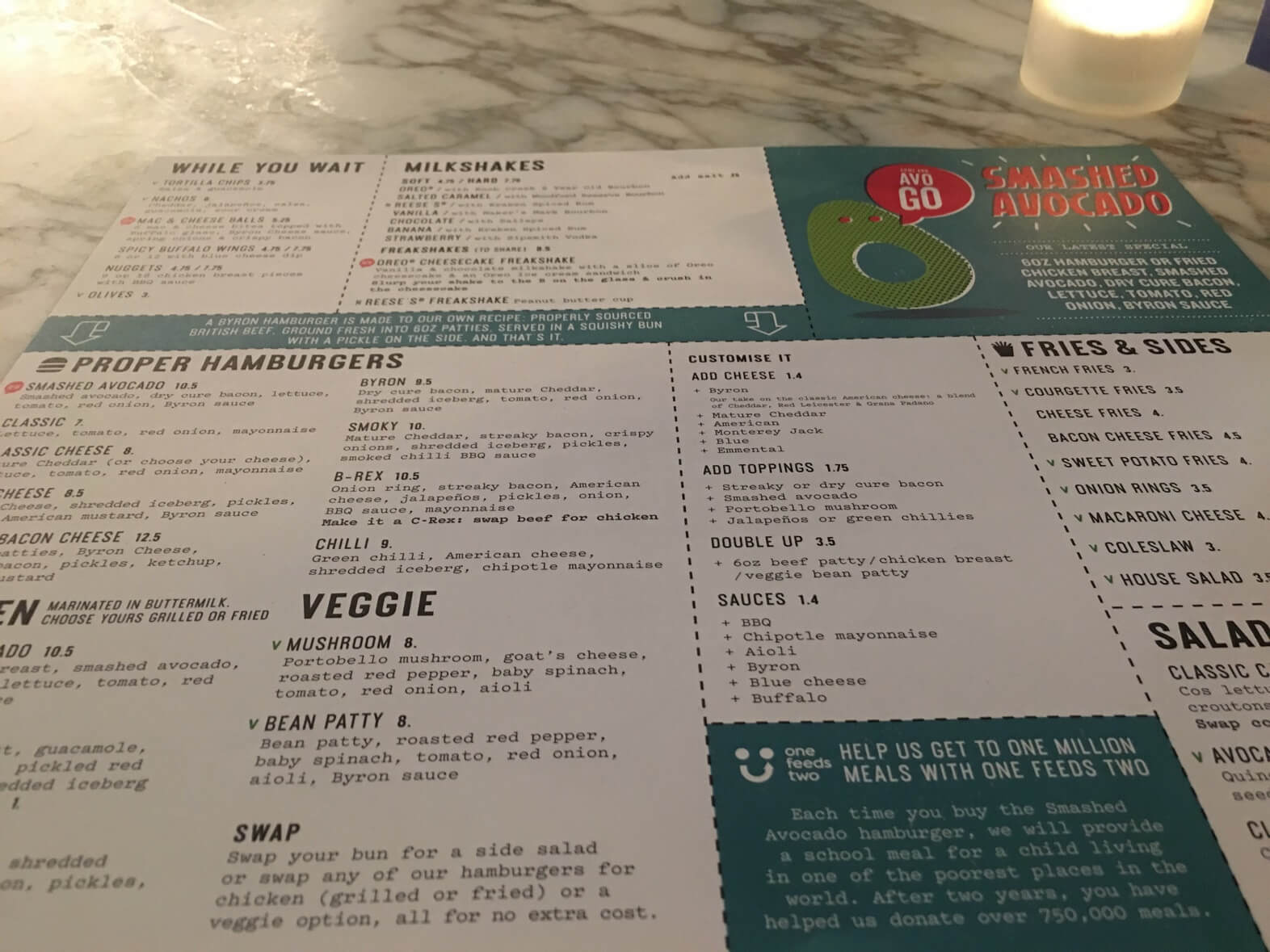 I’ll admit, I really didn’t think I was going to like these! Although I live in a country where mac and cheese is everywhere, it’s not something I eat much of. In fact, I can’t remember the last time I had it! That being said though, these were dangerously good! – It does help that they come with crispy bacon;-)

They come in a portion of 6, which might not sound like a great deal, but personally I think that’s all you’ll need if you’re to make room for mains!

Your fairly standard starter for your chain restaurant. Plenty of dressing, a good helping of cheese and plenty of jalapenos. What more could you ask for? 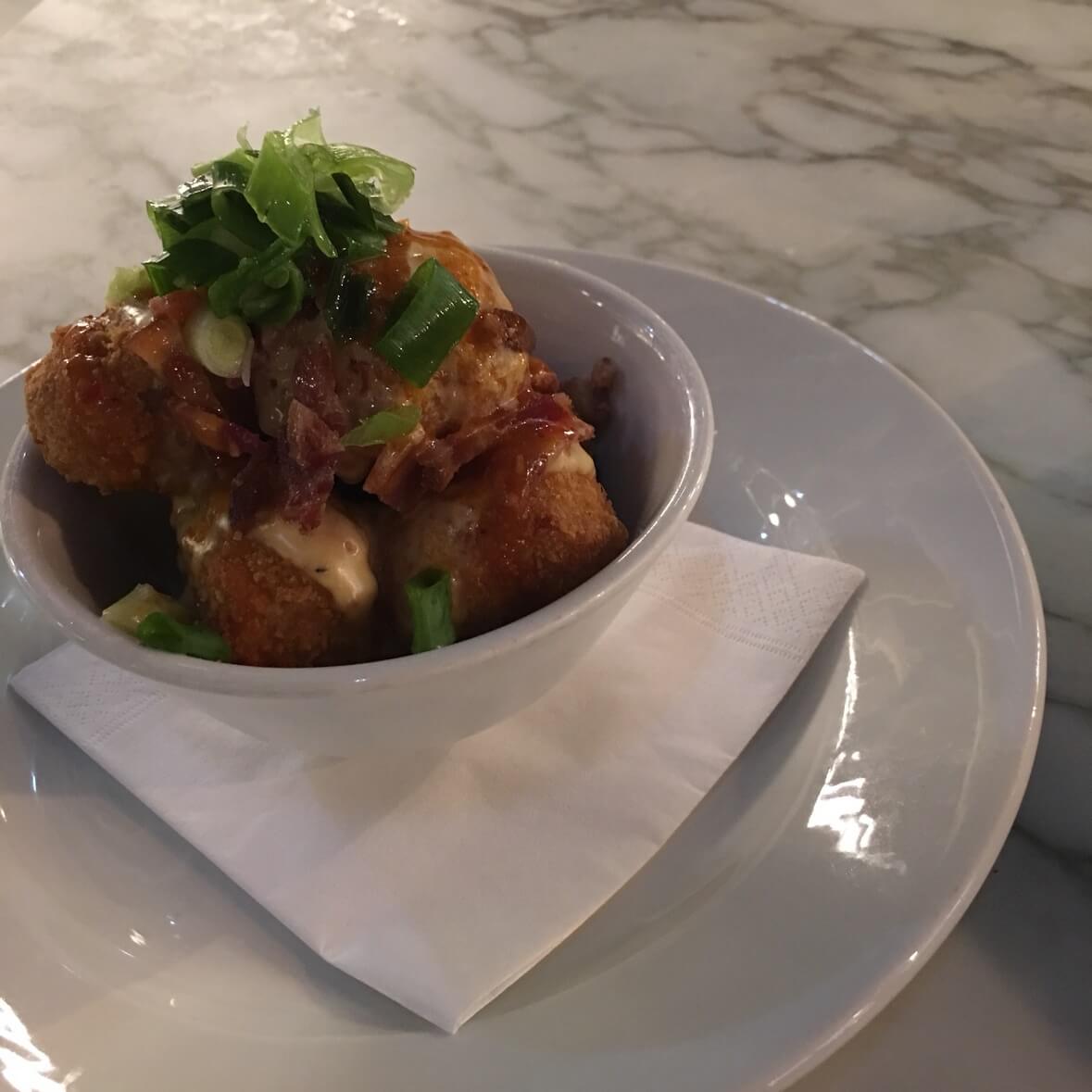 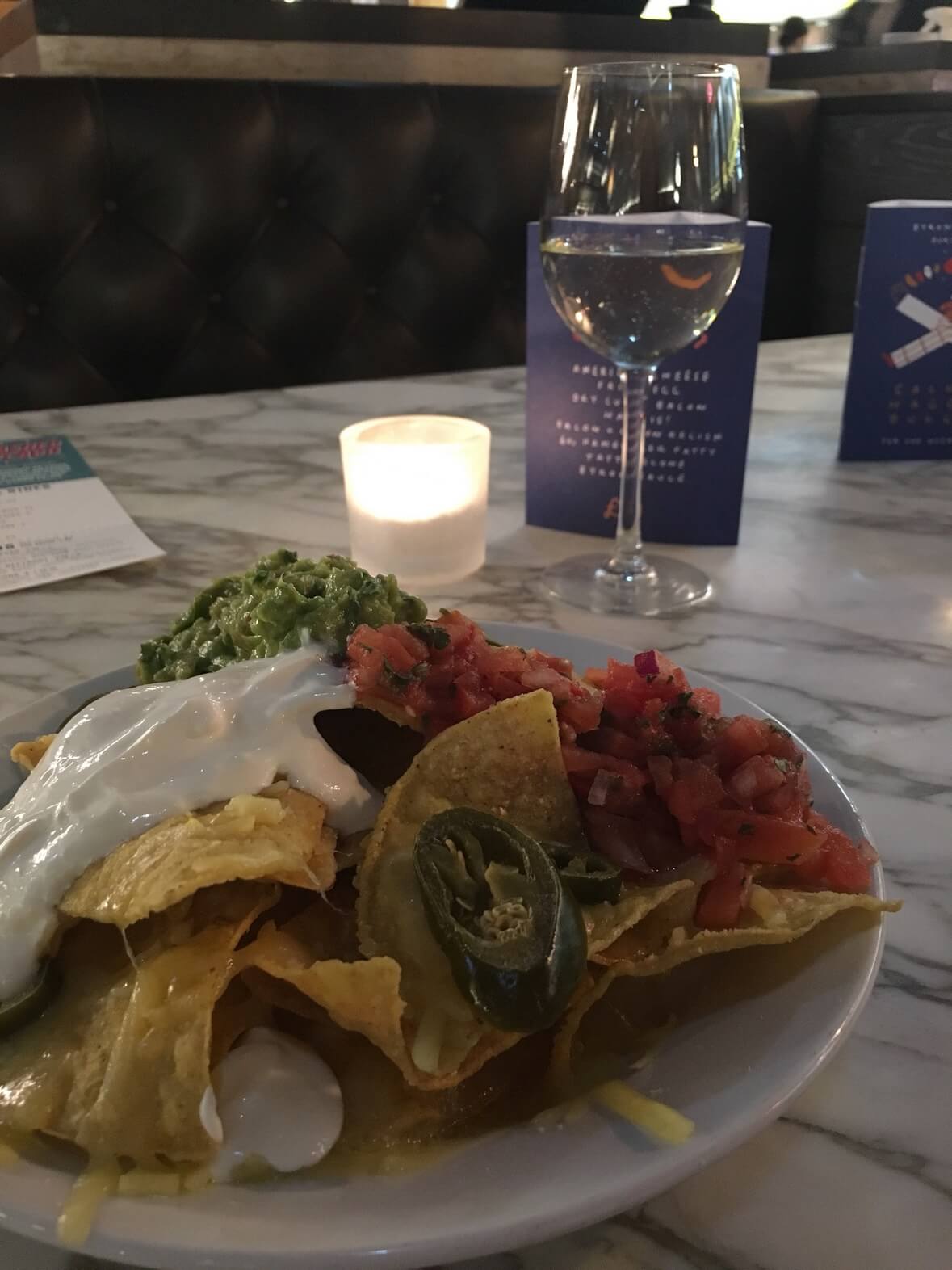 For those of you that are unsure what Burns night is here is a quick (be it brief) explanation..

Burns Night, is a celebration of the life and poetry of the Scottish poet Robert Burns. The suppers are normally held on or near the poet’s birthday, 25 January…

This burger was insane, and yes I will admit the words ‘holy shit’ were said when it came out… The food baby was so worth it though!! It is quite a heavy burger, but I think the clue is in the description. For me, I was a little skeptical of the haggis (I was worried it would be dry). I have to say, it was quite the opposite – very moist, meat to bun, sauce to tatty scone ratios are met, which lets be honest is quite important. I guess my only thing to add would be – it would’ve been nice if someone had checked regarding yolk runny-ness but that’s hardly anything to really moan about but something to think about if you’re not the biggest yolk fan. 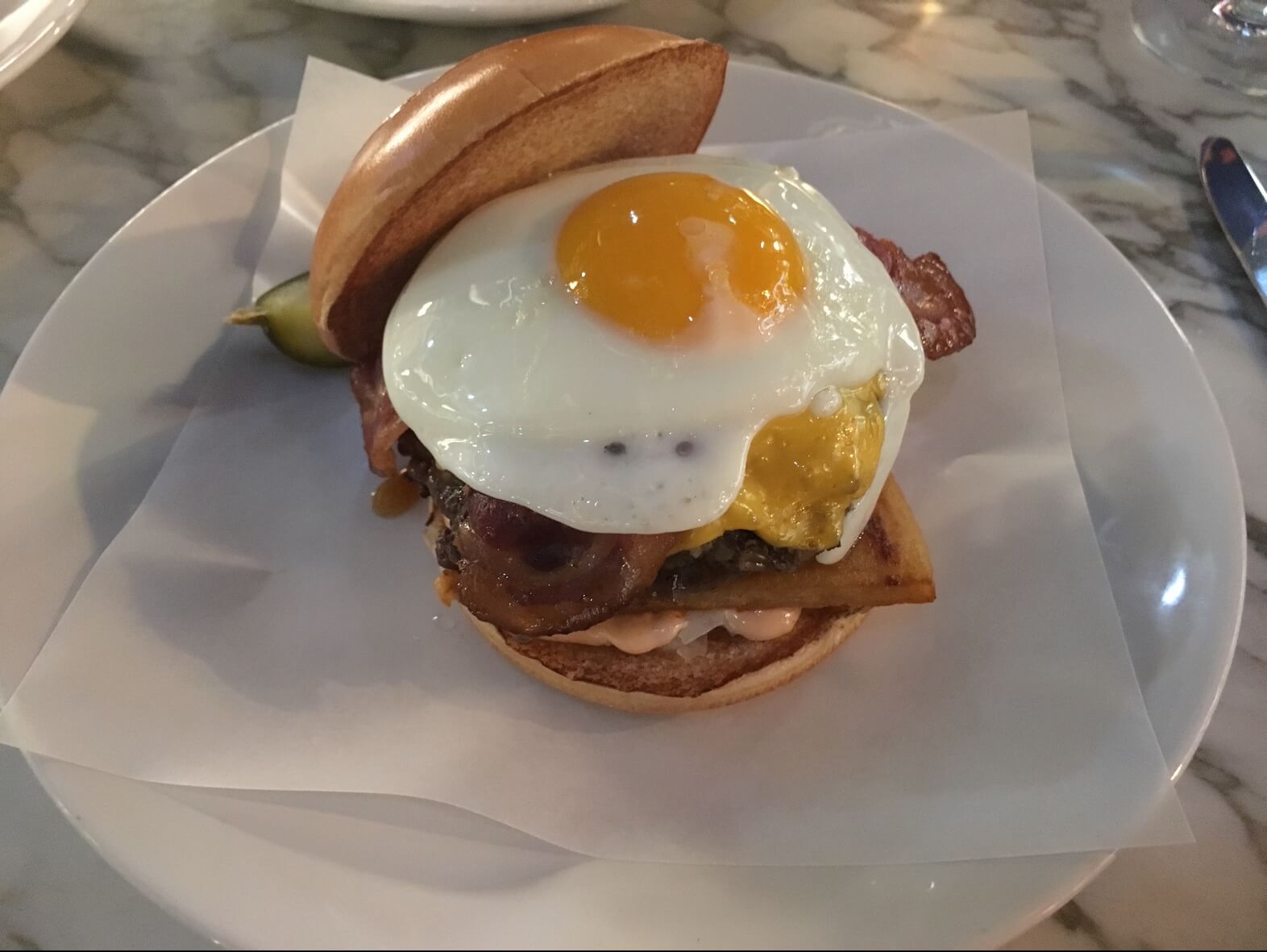 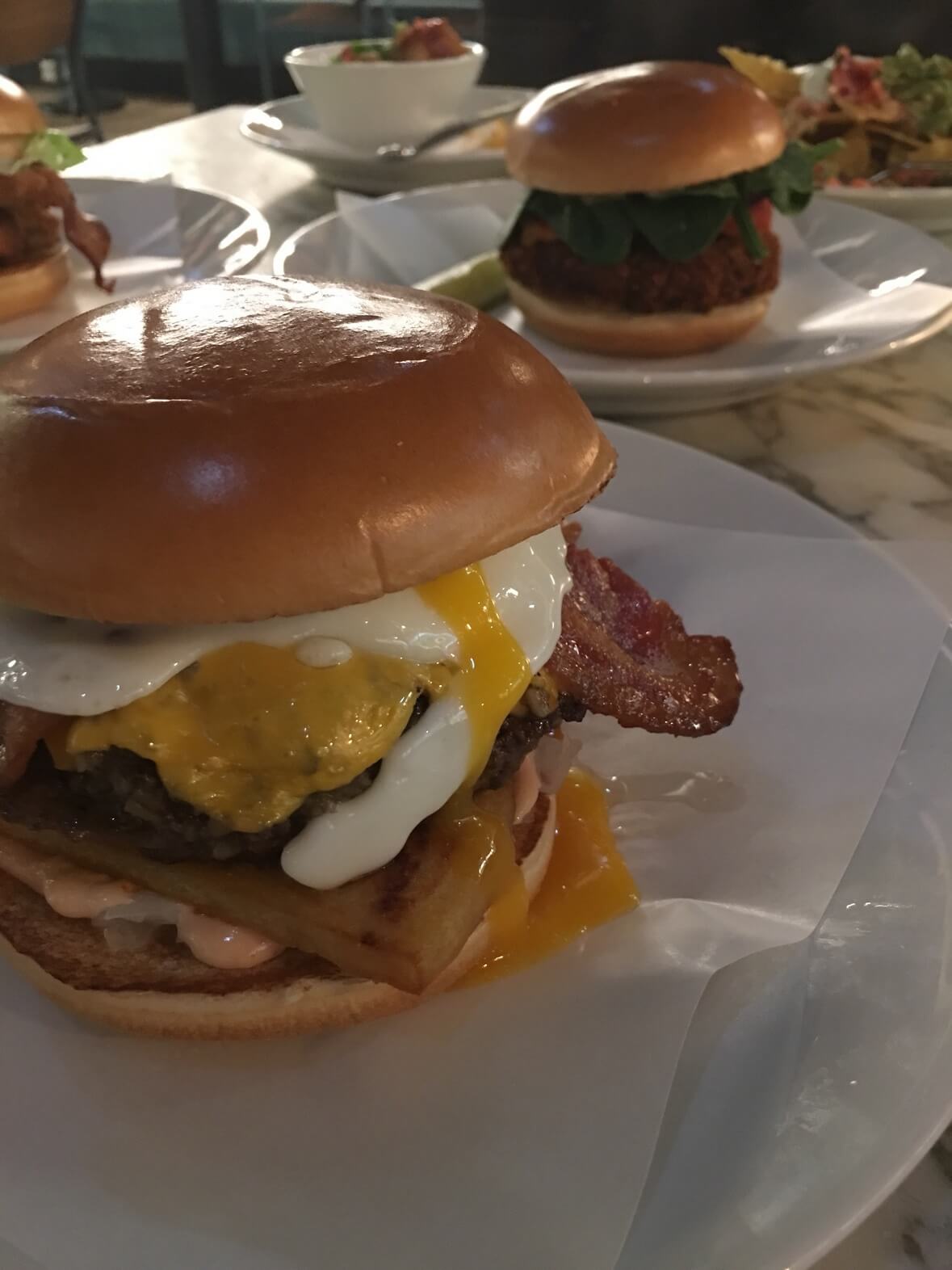 This burger is a new addition, and to be honest I was won over by the words ‘Smashed Avocado’ on their menu. You can choose how you would like your chicken cooked, and for the purposes of this review I left it in their trusty hands (fried!). It is a little messy, and the chicken was a little on the tougher side. I found this out whilst attempting to eat with a knife and fork (yes, I know – I didn’t use my hands!), to be honest though that’s probably a little unfair on the burger. If you were brave enough to get stuck in and have plenty of napkins, I’d stay do it! 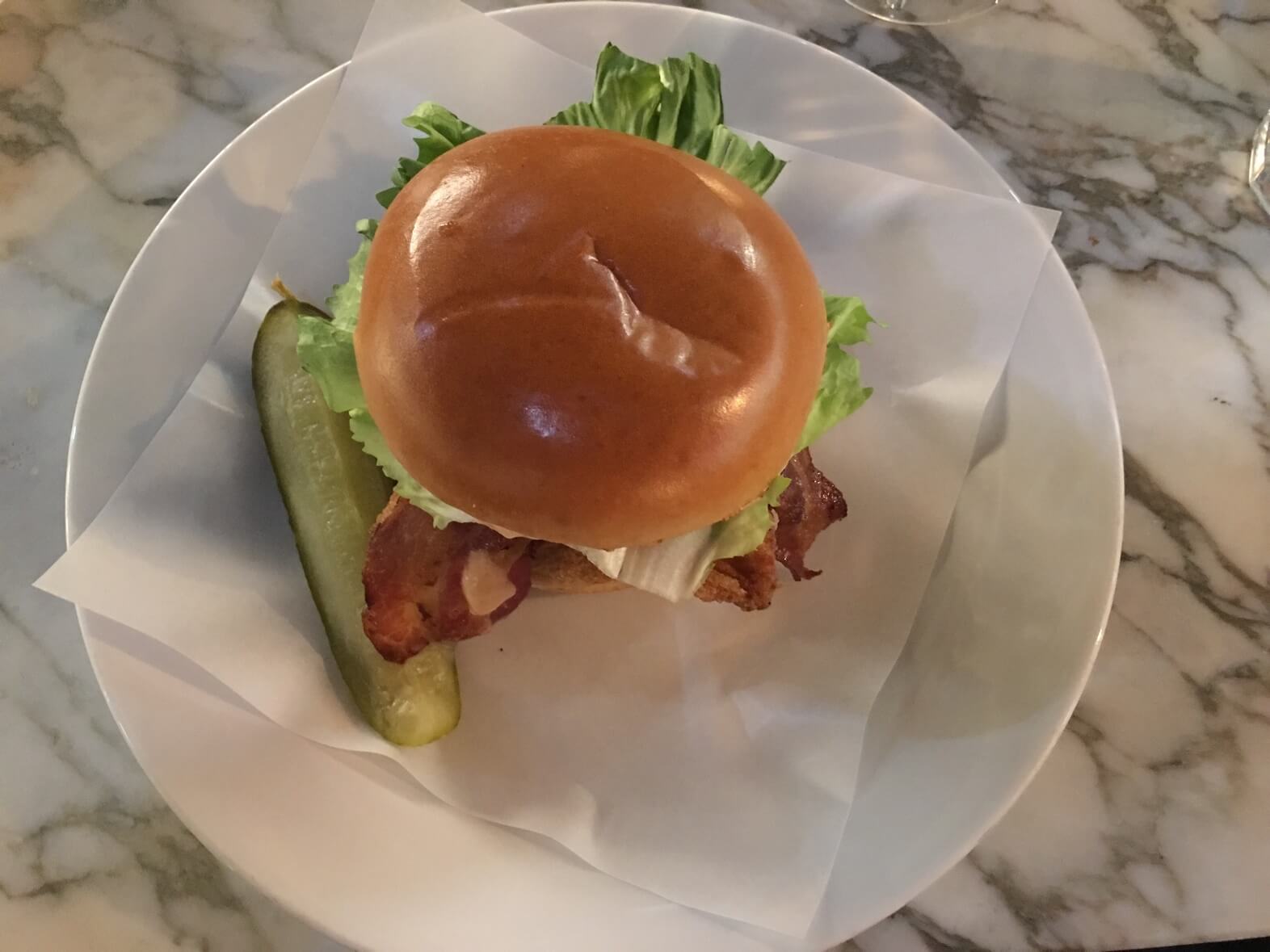 The burger was packed full of flavour, I particularity liked the aioli addition. Everything tasted super duper fresh. For me, it really did just come down to personal taste and preference. I like veggie burgers to be fairly fine, and I struggled to get with the whole chickpeas in the patty, which did put me off a bit. Honestly though, it’s worth a try – I’ve been told the mushroom burger is good (if you like goats cheese!). 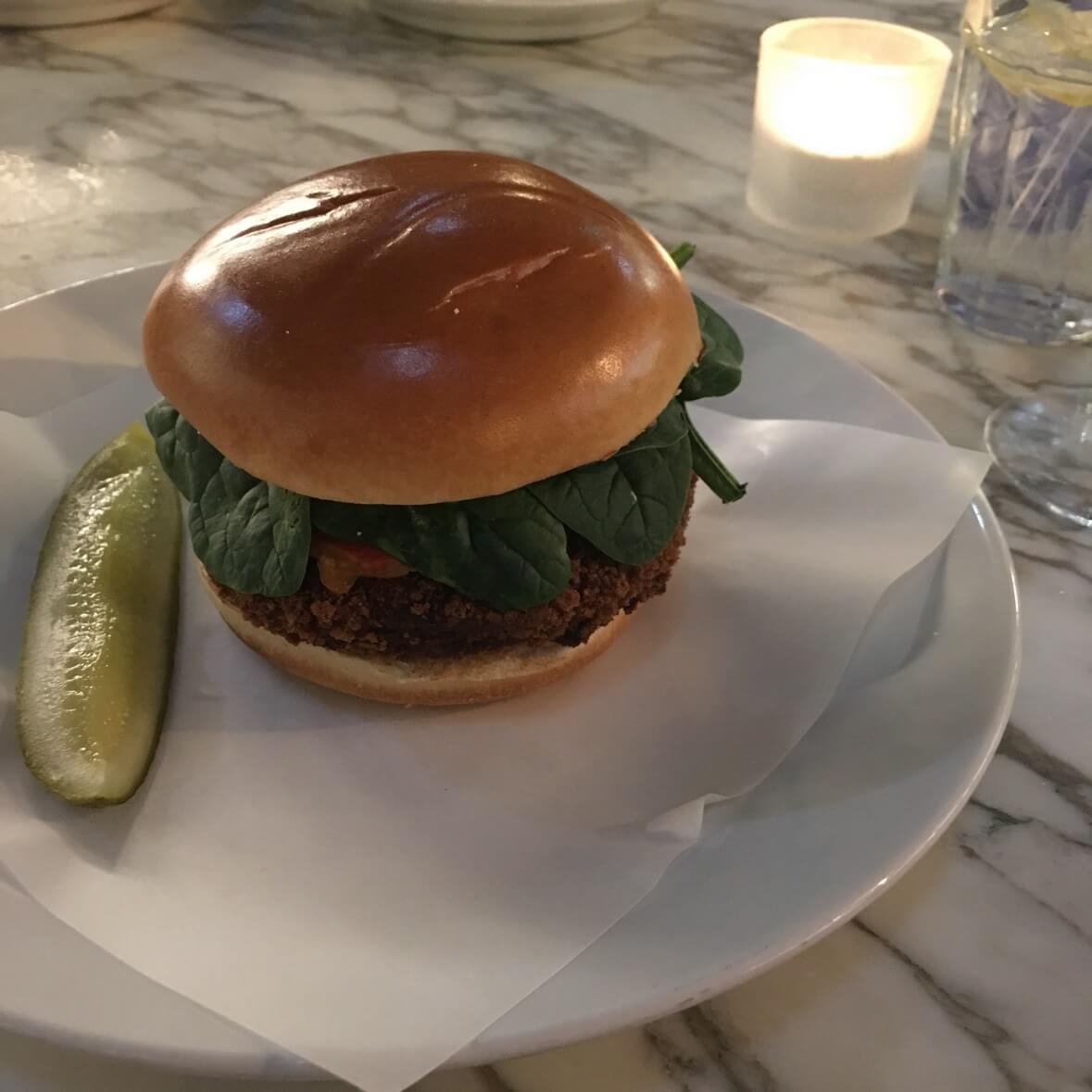 Are you really doing it right if you don’t order  fries or at least a side? Let’s be honest!

You can choose between regular or sweet potato fries (as you can see I went for sweet!), coupled up with a generous helping of cheese sauce, bacon and little bit of garnish – you’re onto a winner! I’ll admit, I made a good dent in this portion, but I couldn’t finish them all! I think if there were a couple of you, this is probably the perfect size for 2. 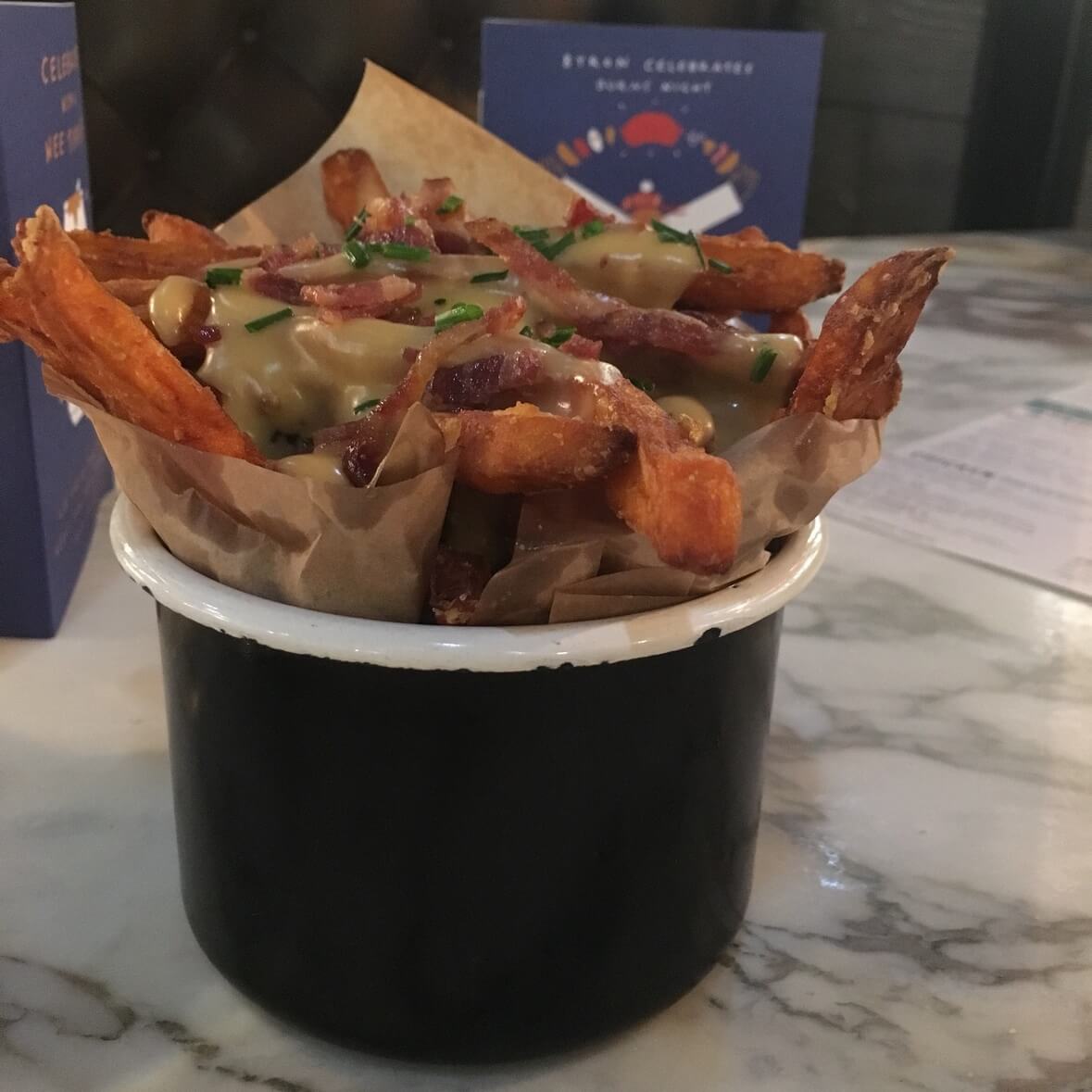 This is really tasty, but it is a little on the sweeter side. By the point I reached dessert, as you can imagine I was quite full, so really struggled with this. I’m not a sharer when it comes to food, but this could be one if people can’t eat a whole dessert, but want a try!

This is huge, and shouldn’t be had before your meal! Definitely a two man job, (yes that is a big chunk of oreo cheesecake!). This is mega tasty, it is a challenge tho! I thought I was finally making space, and then the icecream began to melt! DOH!

Heaven on a plate, that’s all I need to say. Freshly made, gooey and yummy. 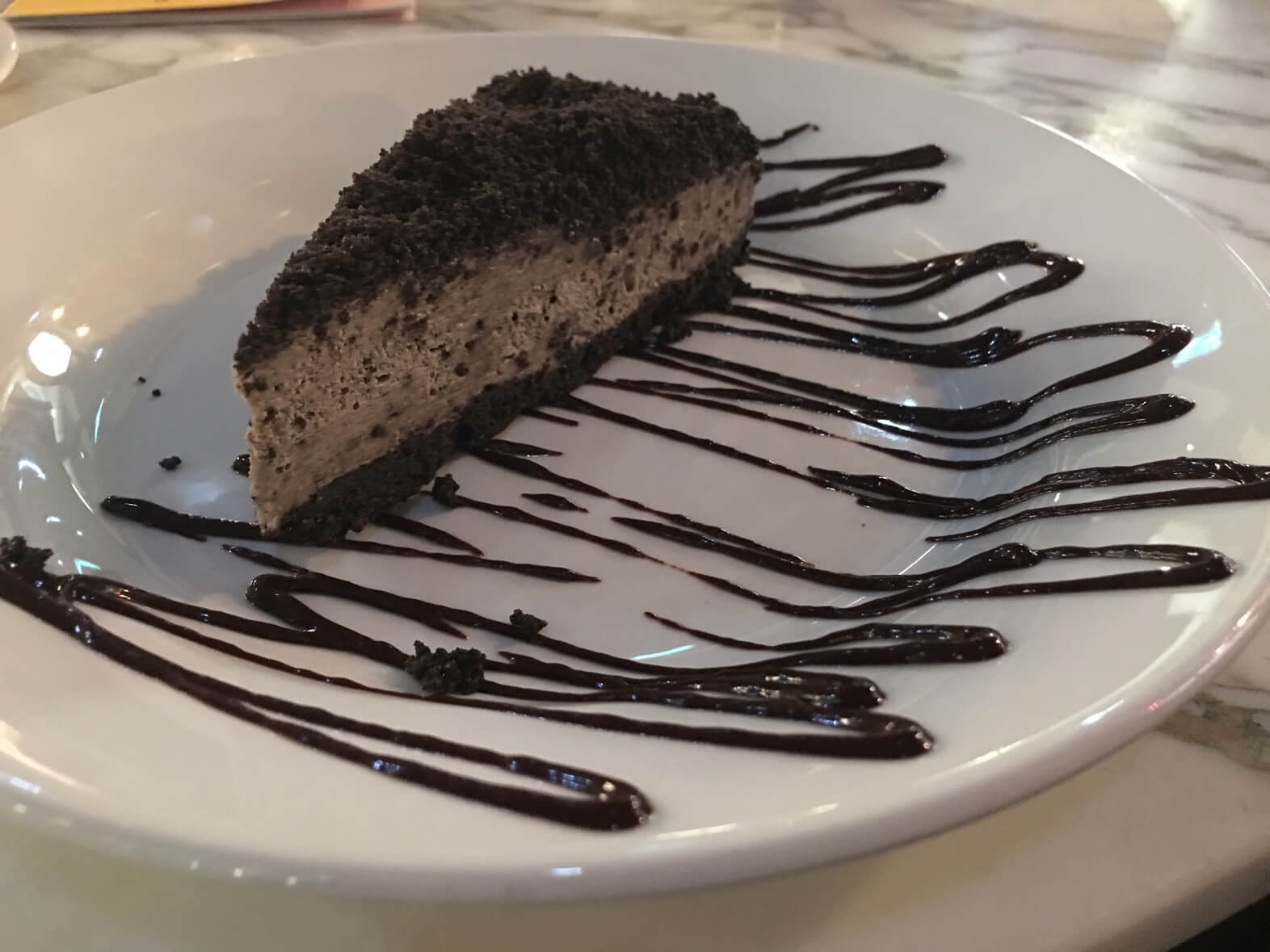 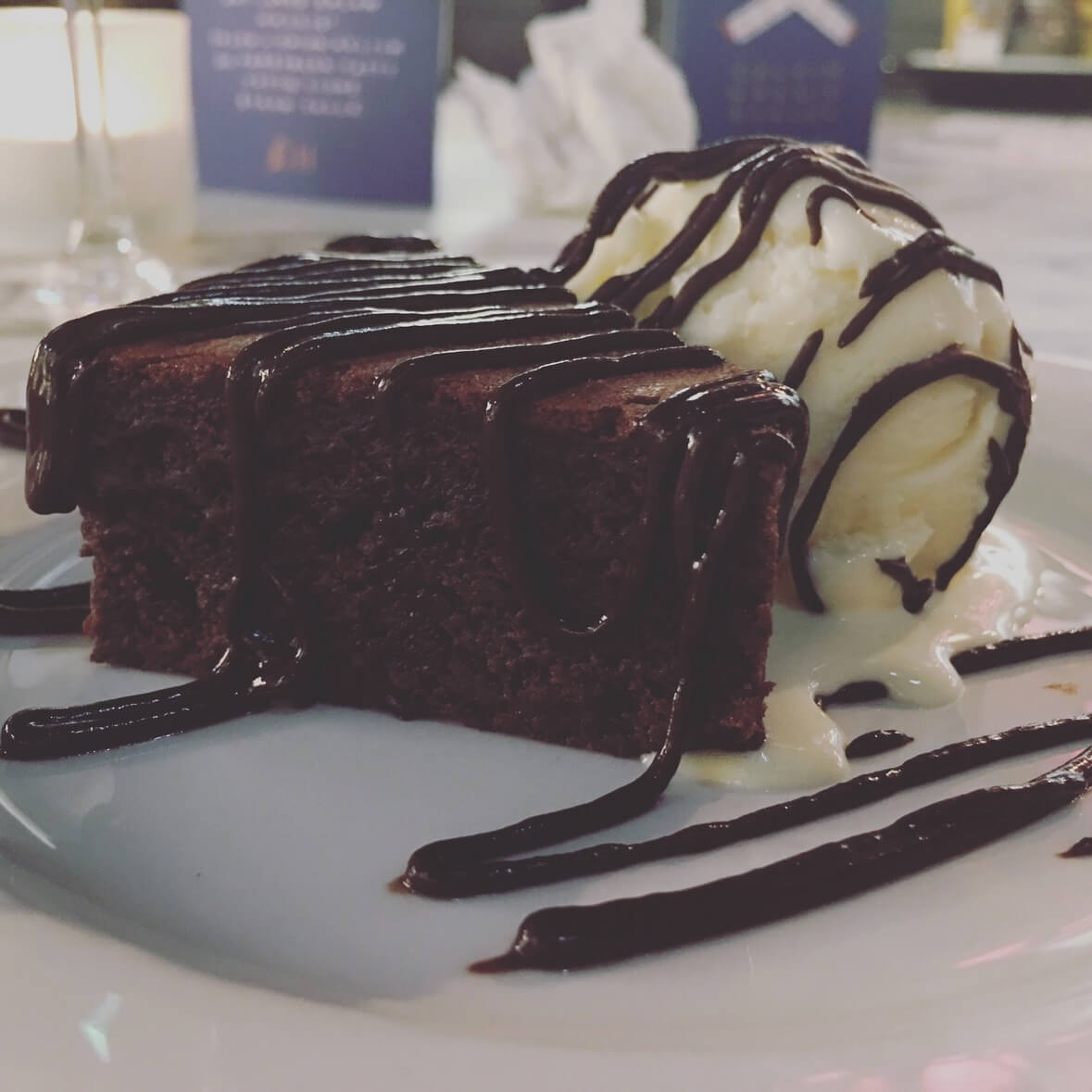 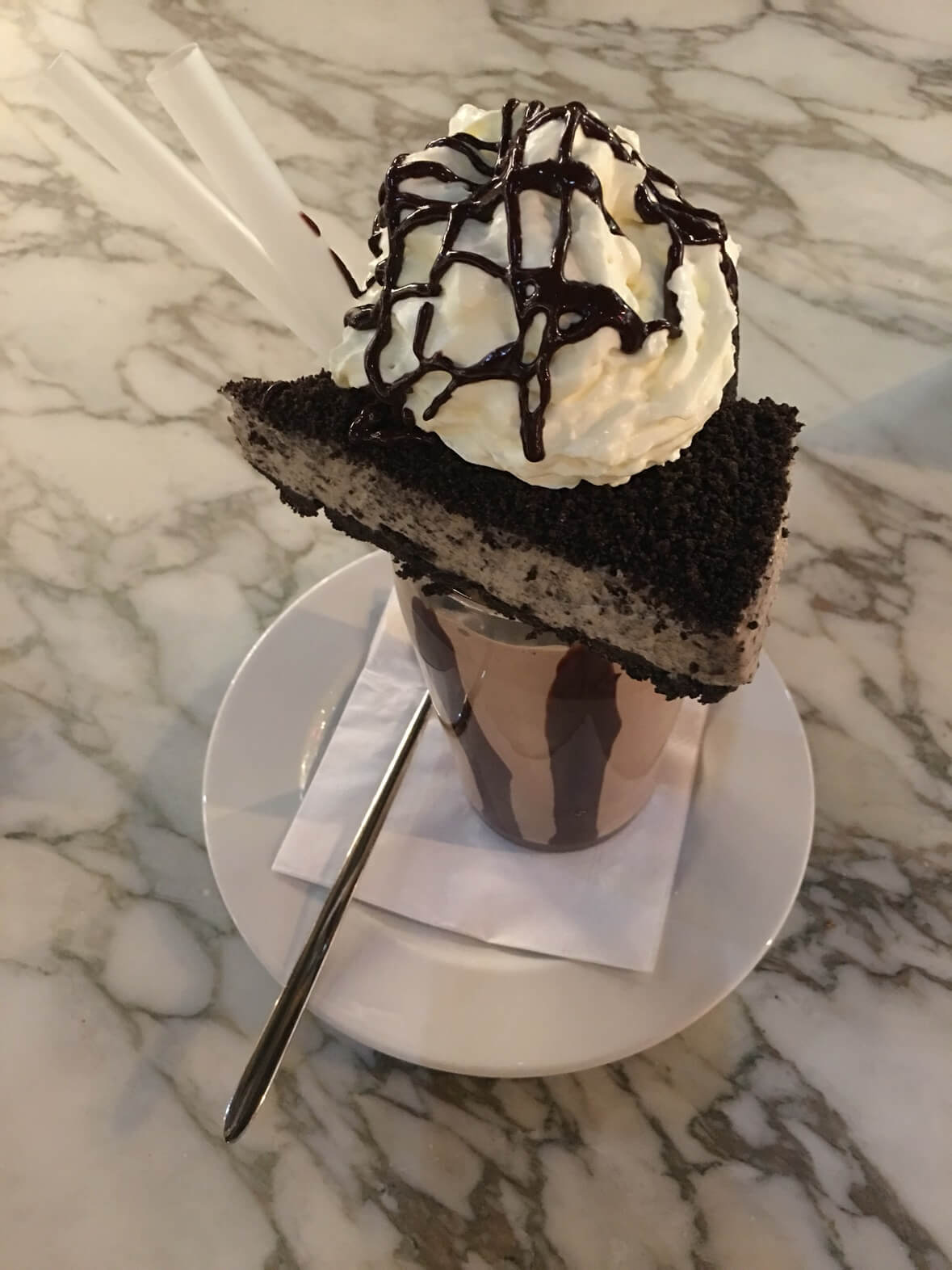 Overall, what do I think?

For me, it’s all about the the Staff!

The staff were absolutely amazing from start to finish. I’d had a bit of a pants day in the office, alongside the January feels (I don’t do well with the darker mornings), and they more than made up for it. They all have a great sense of humour, along with being incentive, helpful and all round delights. Yes, there was a couple of bits I might not have again, that came down to just personal preference. Everything was perfectly cooked, seasoned and well presented.  To be honest though, I’d go back based on the staff alone, never mind the food 😉

P.s Check Out my other Social Channels Here…

StumpyGumbo, was/still is an unfortunate childhood nickname thanks to my dad, after losing all my baby teeth, and having not been blessed with Kate Moss sized legs *sobs*.. Eventually my adult teeth appeared! I’m still waiting for the legs to grow though!
xo