Sometimes only the joys of an American breakfast of chicken and waffles will do. Unfortunately, the problem for many folks with this sort of meal isn’t always the healthiest choice. Unless you follow the guidance below that is, so if you are in serious need of an American breakfast fix but don’t want to blow your calories for the entire day on one meal, keep reading.

Chicken and waffles is a classic southern breakfast dish from America. Its pretty simple too as there are just a few steps to creating it. The first to make the waffles, and to do this it really help to have a special iron. Although you can get silicone mould now that allows you to bake them in the oven. Something that can help in making them healthier.

Another thing you can do to make your waffles better for you use a whole grain flour in the recipe instead of a white variety. Whole grains are much more slowly released into our system when digested. Something that means they don’t cause a sugar rush and associated crash that leaves you craving more sweet and naughty food and can put a real dent in your healthy eating plan. I like this basic waffle recipe for iron or silicon tray:

The chicken part of this dish is usually fried chicken. However, as you probably know, fried chicken isn’t actually that good for us. That is why instead you should make an oven-baked version, like the recipe here details. You can get a spicy crispy crumb by using wholemeal breadcrumbs and the herbs listed here, for a taste similar to the original fried version. 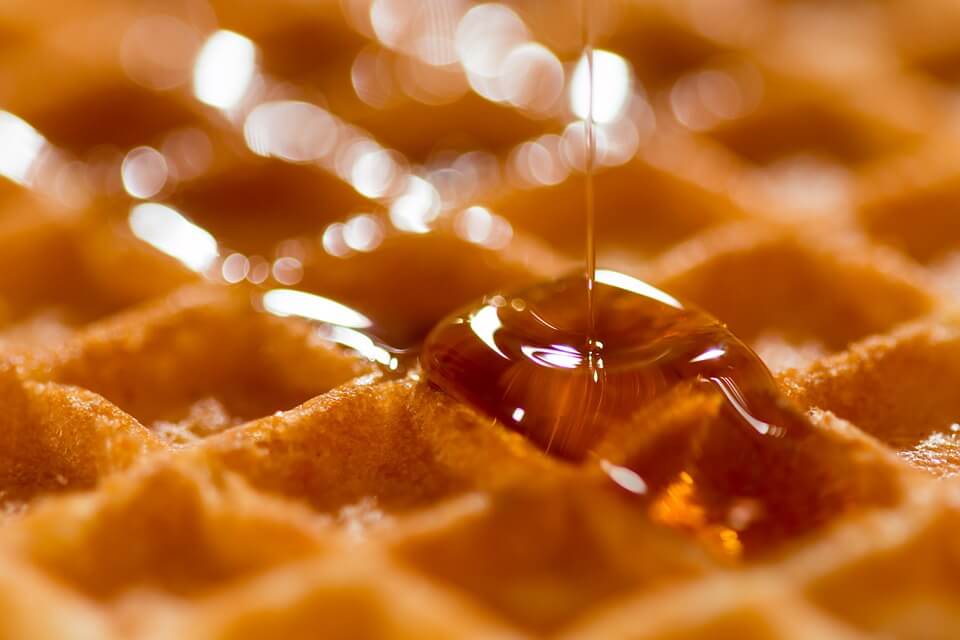 Lastly, no chicken and waffles are complete without a little butter and maple syrup. Now, before you freak out a teaspoon of butter is about 75 calories so as long as you limit yourself to that, I don’t see what you can’t have it.  Also, remember that maple syrup while delicious is low GI and is less calorie dense than both sugar and honey. Something that makes it a delightful, yet healthy option to finish off your perfect American breakfast with. Allowing you to enjoy it, without feeling guilty about eating for the rest of the day.

StumpyGumbo, was/still is an unfortunate childhood nickname thanks to my dad, after losing all my baby teeth, and having not been blessed with Kate Moss sized legs *sobs*.. Eventually my adult teeth appeared! I’m still waiting for the legs to grow though!
xo